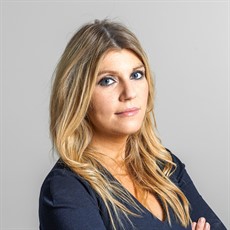 In light of a new statutory consultation which proposes to adjust the Personal Injury Discount Rate (PIDR) from 2.5% to minus 1.75%, insurance risk and commercial law firm, BLM urges the Department of Justice to take a ‘new approach’ to this process which won’t put upward pressure on the local health trusts and insurance costs for local businesses and consumers.

Commenting Alison Cassidy, Partner at BLM Belfast has said, “Whilst we welcome the decision by the Minister to review the discount rate which has not been changed since 2001, the proposed method for doing so has already been discredited in Scotland and England & Wales; such a swing will have a drastic impact on insurance premiums for motorists and businesses throughout Northern Ireland. In addition, it would impose extra strain on government funding with a significant rise in the cost of claims for which the state is responsible.”

PIDR calculates the amount of compensation in court people can receive following life changing injuries and the new proposed rate of –1.75% would be the lowest discount rate in the UK. A similar change occurred in England and Wales in 2017 when a rate of –0.75% was introduced however when this saw NHS medical negligence claims dramatically increase by 33% in a year the Chancellor launched a consultation which led to new legislation on the matter in 2018. The proposed rate of –1.75% would make Northern Ireland the most expensive jurisdiction in the UK by some margin with the value of damages awarded for similar claims more than double that of England and Wales.

Director of policy and government affairs, Alistair Kinley added, “The 2001 discount rate for Northern Ireland is clearly out of date and needs to be adjusted, as has already been done in England & Wales. But proposing a much lower rate here based on old law really isn’t the answer and would bring real financial risks for consumers and businesses. We think the Department should engage with a wide range of stakeholders to develop a more realistic approach – one that won’t have a significant impact on the cost and availability of insurance.”