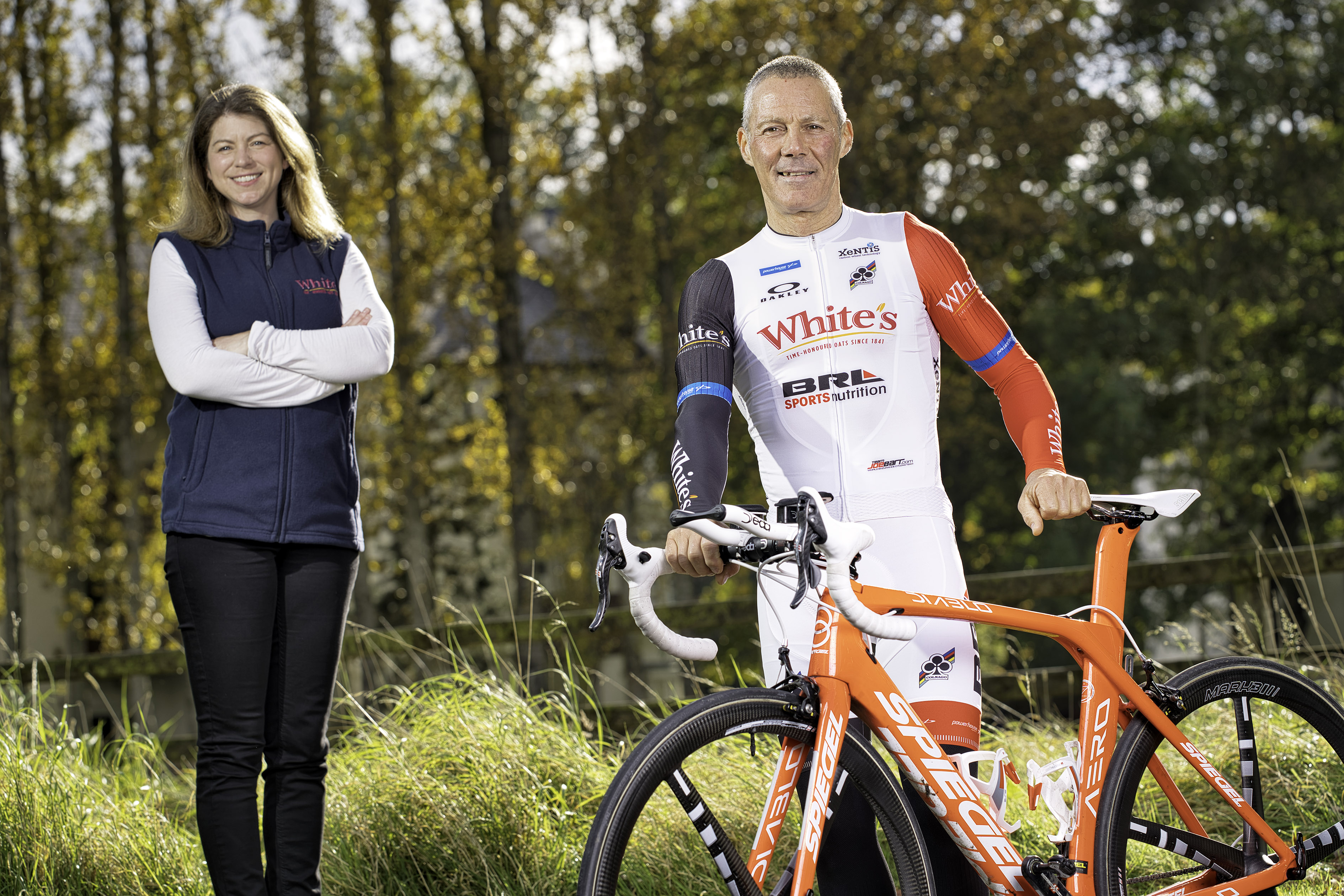 Endurance Cyclist Joe Barr (61) has set a new World Ultra–Cycling Association world record as he cycled from the most Westerly point of Ireland, Slea Head in Co. Kerry to the most Easterly point, Wicklow lighthouse and back again on Saturday. The gruelling 480 mile cycle, which has over 21000ft of climbing, took Joe 28 hours, 24 mins and 4 secs and means he now holds the world record for cycling West to East and North to South of Ireland and back again following his World Record breaking ride in July of this year from Malin to Mizen and back again in 44 hours and 15 mins.

Joe, who is sponsored by Co. Armagh based White’s Oats was set to compete against fellow endurance cyclist and current World Champion Marko Baloh from Slovenia in a Clash of Titans style race in August, but was left disappointed when Marko was involved in an accident and could no longer participate. This did not stop Joe from wanting to reach further and so he took on the challenge of setting a new record for cycling West to East to West of Ireland.

Following his record breaking ride Joe commented, “On a normal race year I’d be on the bike competing at least five times a year, but due to the restrictions in place that hasn’t been possible. I’m fortunate to have a team that is adaptable so we were able to create a new challenge. We have some of the most incredible cycling routes right on our doorstep, so to be able to break my own record on them and set new ones has been a privilege’’.

“At the age of 61 it is so important that I keep the momentum going. It’s been incredible seeing how far I can push myself, first with the Malin to Mizen to Malin record attempt and now the West–East–West record.  I would like to thank all of my team for helping to get me to both those finish lines and of course my title sponsor White’s Oats, who have supported me at every step on my journey and helped me build my performance and nutritional resilience.”

Danielle McBride, Brand Manager at White’s Oats added, “We couldn’t be prouder of Joe for what he has achieved this year. His drive and determination is something that we really admire at White’s and it has been a pleasure to help power Joe on his record breaking journey through what has been a very unpredictable year.”