Is there a difference between coaching girls and boys or women and men? That is the question that will be asked and answered at a forthcoming event focusing on coaching, taking place virtually on Thursday 4th February at 7pm.

Hosted by Electric Ireland, this virtual event will invoke insightful discussion, exploring the differences in approach in coaching females versus males, touching on the barriers experienced from both the players’ and the coaches’ perspective. Coaching insights across a range of sports will be offered, providing attendees with helpful hints and tips for improved coaching. 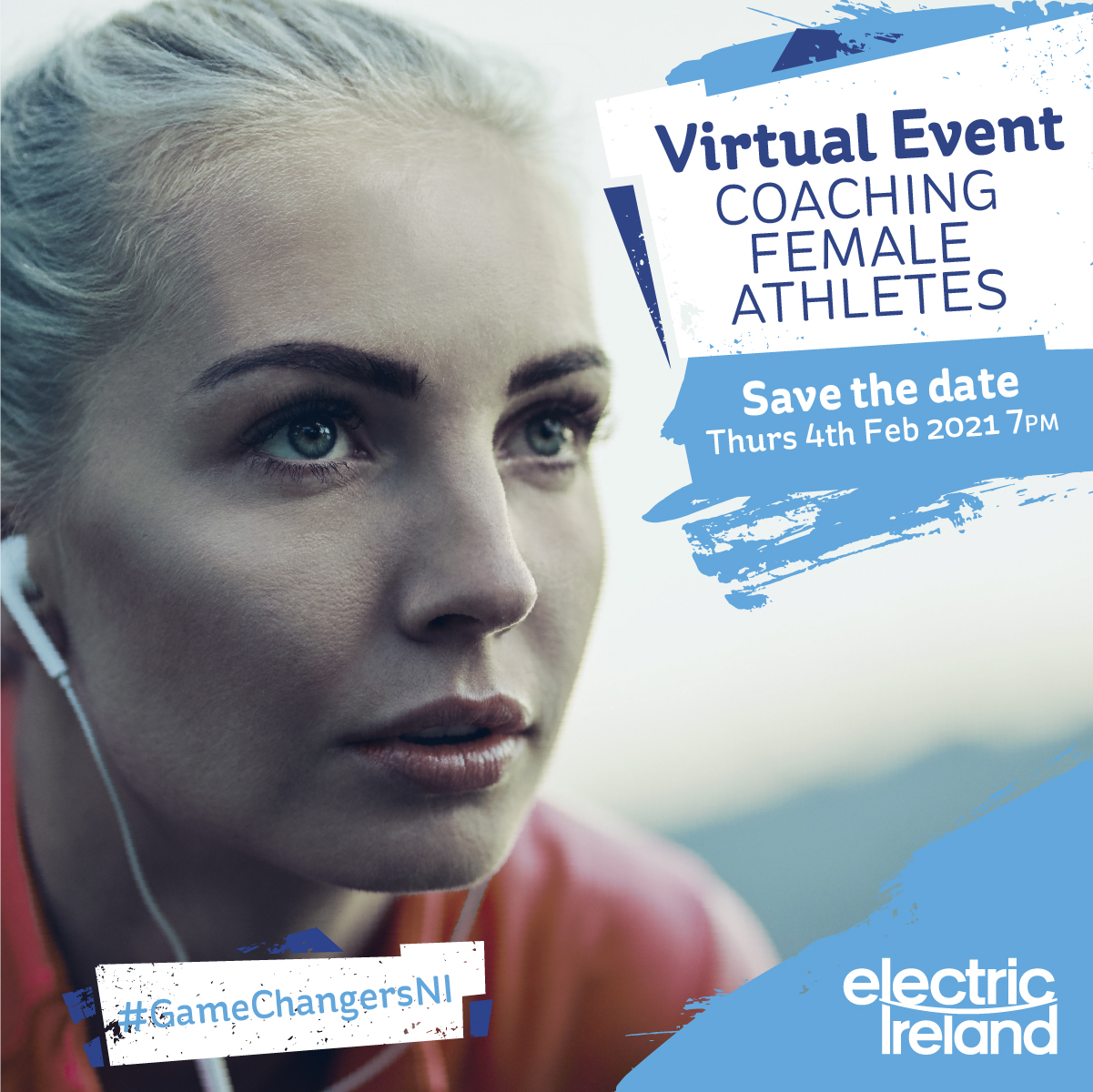 Following a keynote conversation with Kenny Shiels, Manager of the Northern Ireland Senior Women’s National football team, who recently made history making it to the play–offs of Euro 2022, attendees will enjoy a thought–provoking panel discussion.

Sports represented include female rugby with Neal Johnston, Female Rugby Officer at Ulster Rugby, Netball with Tom Causer, Club and Workforce Manager at Northern Ireland Netball, Gail Redmond, Women’s Domestic Manager at the Irish FA Foundation and former head coach of the Glentoran women’s team will represent female football and Briege Corkery, will bring a GAA perspective as one of the most successful female GAA dual players in history, winning 18 All–Ireland medals across Camogie (7) and Football (11) for her home county, Cork.

Anne Smyth, Electric Ireland Sponsorship Specialist who will chair the event said, “This event is for anyone interested in or involved in female coaching and will be of particular interest to those coaching at grassroots level. Our panellists come from a diverse range of sporting backgrounds and there is so much we can learn from their varied experience. We will gain perspectives from the point of view both of coaches and athletes on a range of  coaching related topics.

“As proud sponsor for women’s and girls’ football at every level across Northern Ireland we are very excited about this event, as it allows us to continue to widen out the Game Changers conversation, bringing together those who are interested in supporting the progress of female sport.”

Presented by Electric Ireland, this virtual Game Changers event is the second in a series, celebrating the women and girls who are changing the game for women’s sport throughout Northern Ireland. Electric Ireland is keen to continue to add value to and support the development of female sport through this coaching event.

It is now just as important, if not more so, to bring attention to and support the women’s game throughout this pandemic. To join the conversation, visit: http://www.gamechangersni.com/  at 7pm on Thursday 4th February