Now in their 19th year, the McDonald’s Irish FA Grassroots Football Awards continue to celebrate and champion the vital role of volunteers in promoting participation and inclusivity for grassroots football across Northern Ireland.

In any normal year, we would now be approaching the business end of the football season, crowning winners of leagues and cups across grassroots competitions in Northern Ireland.  However, as we continue to adjust to current circumstances, we are faced with the reality that it could be some time before the grassroots game returns. 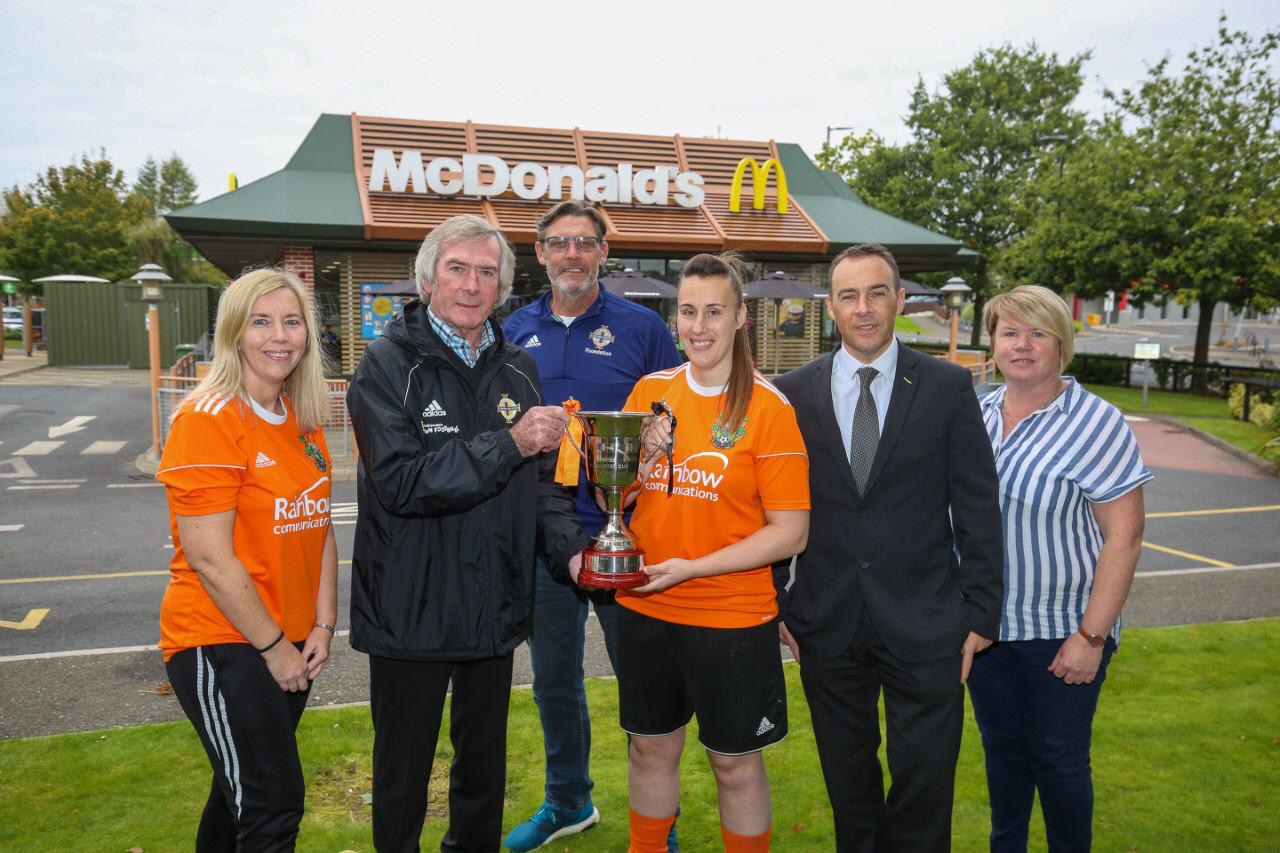 Undoubtedly children will be missing participating and playing games, however, communities are finding solace in local football clubs and individuals who are working hard to help and support people at this unprecedented time, making the 2020 McDonald’s Irish FA Grassroots Awards more important than ever in shining a light on this spirit of volunteerism.

Now in their 19th year, the McDonald’s Irish FA Grassroots Football Awards continue to celebrate and champion the vital role of volunteers in promoting participation and inclusivity for grassroots football across Northern Ireland.

The community spirit which embodies the local game has come sharply into focus across many areas during these uncertain times, with many clubs working hard through volunteering to help vulnerable and older people in society and encouraging people, notably children to stay active through fun drills and skills videos.

As we look ahead to the 2020 McDonald’s Irish FA Grassroots Football Awards, people from across clubs in Northern Ireland are encouraged to get on to the Irish FA site and nominate an unsung hero of the local game who is making a difference in their community.

In previous years, the awards have taken to the road, visiting clubs with footballing heroes and McDonald’s Ambassadors such as Pat Jennings or Martin Keown, however, this is not like any other year in living memory. As a result, a virtual Grassroots Tour of Northern Ireland will be conducted, starting off in the Mid Ulster area.

Reflecting on the transformative impact of the McDonald’s Irish FA Grassroots Awards for previous winners, we caught up with Chair of Mid Ulster Ladies FC and 2018 ‘People’s Award’ Winner Elaine Junk to see how she and her team have been coping without football.

Having helped launch the 2020 awards in February, Elaine tells us why the awards are vital for acknowledging individuals and clubs who are the lifeblood of the game even when the game is not operating, as is currently the case.

“At the moment I’m combining my work as a Chartered Financial Planner with the role of home schooling on a daily basis. With so much fluctuation in the markets and people’s finances, I’m as busy as I’ve ever been, so combining work with the need to progress my children’s academia is tough, but we are thoroughly enjoying spending quality time together and are happy to have our health at what is a difficult time for so many.”

“From a club perspective, we are working hard on creating a programme of activity which will launch community support for older and vulnerable people whilst encouraging children to stay activity physically and mentally in the local area, not so much for the short term, but more so for the medium term.

As a club we feel there is so much great volunteering work going on in communities at the moment, however we are concerned for the period after this, when many return to work and isolation and loneliness become more prevalent for some. We want to engender and embrace a long term community volunteering spirit through actions which, in 6 or 8 months’ time will ensure the great work that is being done now is sustained. From checking in on people, to purchasing groceries, we, like many clubs are here to help!”

“Most people who are involved with a club at grassroots level will tell you that football is part of their DNA and that is certainly the case for me.

With the season having been due to start only last week, it makes you realise just how much you miss the game, but what I can say is that the current situation has brought out the best in people at Mid Ulster Ladies FC and we are seeing a lot of other life skills and qualities coming to the fore from the girls we’ve mentored over the years.”

“The 2020 McDonald’s Irish FA Grassroots Football Awards will provide an excellent opportunity for people to come together and celebrate the strength and resilience that our clubs have displayed throughout this time. Having had the privilege of receiving an award previously I know how much it means to be recognised for the hard work that goes in to support a team. Now more than ever our sense of community has been accentuated and I would strongly recommend that all club members in Northern Ireland nominate their unsung heroes who allow the game to develop and thrive right across the country.” 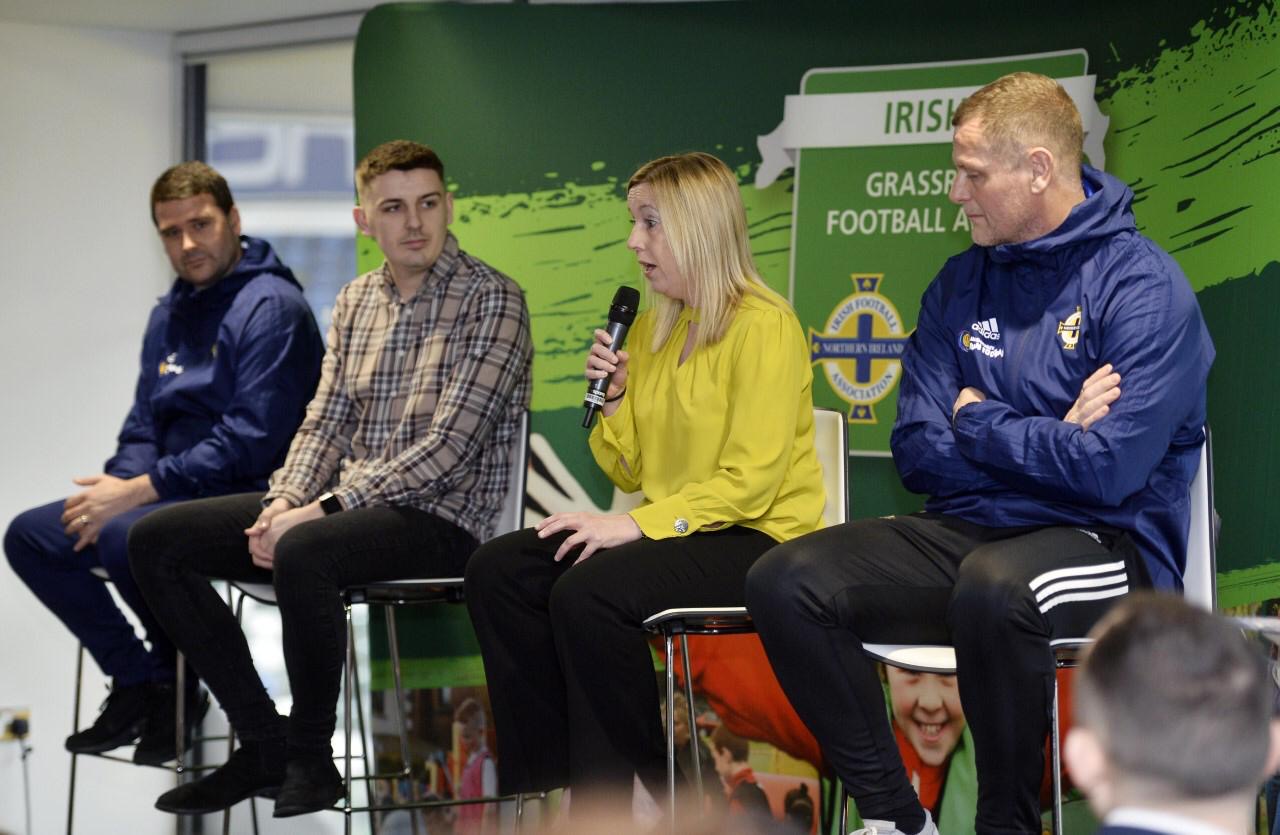 To submit a nomination for the 2020 McDonald’s Grass Roots Football Awards visit https://www.irishfa.com/irish-fa-foundation/grassroots-and-youth-football/mcdonalds-programmes/mcdonalds-ifa-grassroots-football-awards-2020