Jazz at Jupiter, yoga at sunrise, and an encounter with an alien are just some of the out of this world experiences on offer when Our Place in Space launches 22 April in Derry–Londonderry, as part of UNBOXED.

Designed by the award–winning author and artist Oliver Jeffers in collaboration with astrophysicist Professor Stephen Smartt, the 10km, 3D sculpture trail blasts off at Bay Road Park in the city this Friday and marks the beginning of a meteoric, month–long, schedule of free events.

The Our Place in Space trail weaves its way along the banks of the River Foyle, where each of our solar system’s planets has been recreated as a contemporary art sculpture designed by Oliver Jeffers – an arch houses each planet with its name and an arrow as a giant illuminated sign above it. The location of the planets will give a sense of distance and whole new perspective on the surrounding landscape, the world around us and the stars above. An interactive App will be available to enhance the experience of the trail and explore the planets further.

As part of the opening weekend, to mark Earth Day (22 April), space scientist and UNBOXED Board member Dr Maggie Aderin–Pocock will host A conversation with Oliver Jeffers and Prof Stephen Smartt, the minds behind Our Place in Space. On Saturday, hundreds of space cadets from across Northern Ireland will attempt to smash the current Guinness World Record of 257 for the most people dressed as astronauts. There will be cosmic storytelling and encounters with aliens, astronauts and other space creatures with circus troupe In Your Space and the chance to Cycle the Solar System with Monica Downey from Cycling Made Easy and Sustrans. All events are free.

Over the following weeks, Jazz at Jupiter, Sunrise Yoga, Stargazing with the Irish Astronomical Association, and a Bat Walk and Talk are just some of the other free events lined up to take place on various dates throughout April and May, culminating in a final weekend mini lift–off festival with music, pop–up performances, a picnic at the planets and a solar cinema.

Commenting, Oliver Jeffers said: “It feels rather apt that we’re launching this project on Earth Day – 22 April. We hope to encourage people to reflect on humanity’s place within the universe, what it means to exist on Earth, the only place known to harbour life, and how to sustain such life for many generations to come. With distance comes perspective – and what happens to our perspective when we look back at our planet from space? Our Place in Space intends to find out.’ 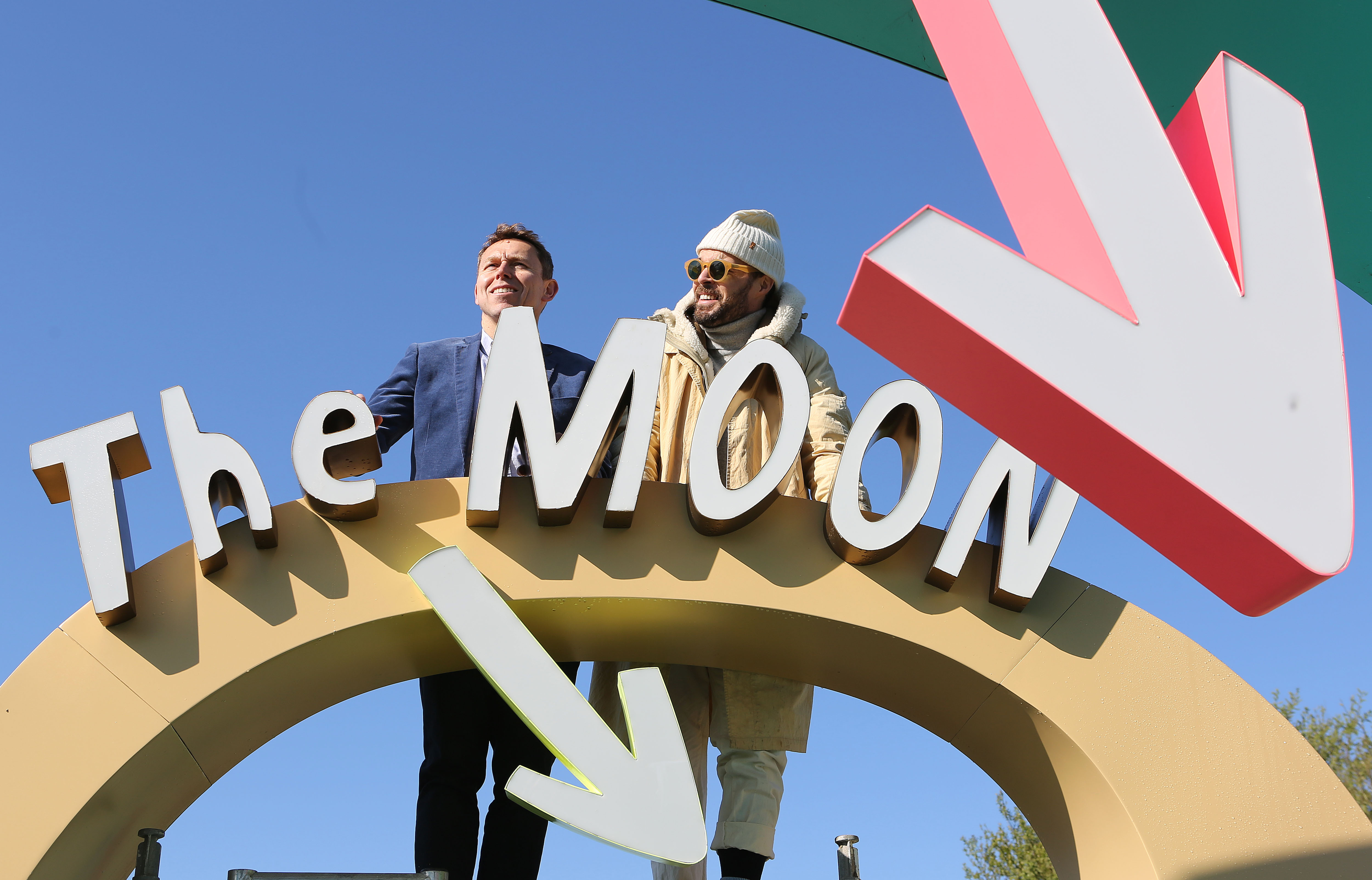 Executive producer, David Lewis of the Nerve Centre commented: “This project has been nearly two years in the making and we are so excited and ready to launch in Derry–Londonderry. It’s not like anything people will have seen before – the trail takes Oliver’s signature illustrative style and combines it with Stephen’s encyclopaedic knowledge of space. It’s a remarkable piece of work which transcends across art, science, technology, and maths.

“There is a full programme of activities planned throughout the period that the sculpture trail will live on the Foyle – many things people may never have tried before. It’s an exciting and very different programme with something for everyone.”

Martin Green CBE, Chief Creative Officer UNBOXED, added: “Our Place in Space is a wonderful way to explore our solar system right here on Earth, with Oliver’s beautiful sculptures of the planets adding a new dimension to the landscape in which they are placed. Like other UNBOXED projects, it’s a fabulous collision between art, science and technology and asks questions about who we are and our relationship to each other. However you navigate this great adventure in space, on foot or on wheels, with or without the app, this free event is suitable for people of all ages and not to be missed.”

Led by the Nerve Centre, Our Place in Space is the flagship event of UNBOXED: Creativity in the UK in Northern Ireland and one of ten major projects taking place throughout the UK in 2022 – five of them in NI. Our Place in Space runs from 22 April – 16 October at three locations in Northern Ireland: Derry–Londonderry (22 April – 22 May), Divis and Black Mountain (30 July – 28 August) and the North Down Coastal route (17 September – 16 October). It is also going to Cambridge (30 July – 28 August).

For more information see Our Place in Space.