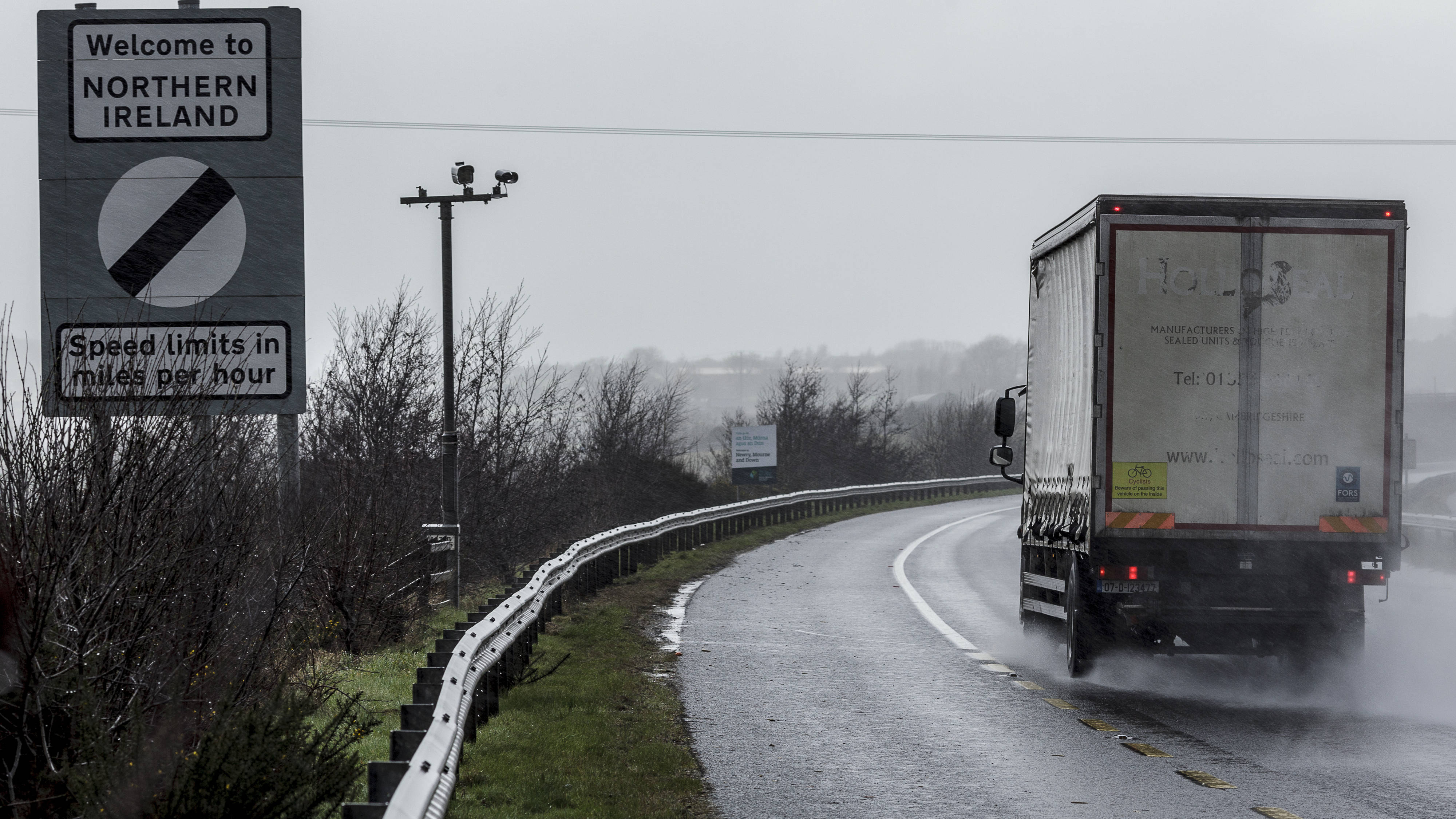 In January 2020, following a comprehensive election victory, Boris Johnson negotiated a fundamentally different approach to Brexit, doing away with the ‘Irish backstop’ in favour of a new arrangement for Northern Ireland that will kick in when the transition period ends in December 2020.

This negotiation led to the development of the ‘NI Protocol’ which requires a complex system of custom declarations for goods travelling from Great Britain to Northern Ireland, effectively creating ‘red’ channels and ‘green’ channels depending on the type and final destination of the goods.

Most significantly, the NI protocol also contains a consent mechanism which would allow the Northern Ireland political parties to vote on whether to continue to remain in this specially aligned relationship with the EU.

At the time, the DUP deemed this unacceptable, noting that while only those goods ultimately destined for the Republic of Ireland would be subject to tariffs, “the reality remains that the EU would have a veto on which goods would be exempt and which would not under the Joint Committee arrangements”.

Johnson deal: This article states that Northern Ireland is “part of the customs territory of the United Kingdom” which was a key demand of Mr Johnson. It also stresses that Northern Irish businesses will be able to export alongside GB businesses in any future UK trade deals – in short, they are not excluded.

What is the protocol?

On the 20th of May the UK government confirmed for the first time there will be Brexit checks on animals and food goods entering Northern Ireland from the rest of the UK from next January. Michael Gove has said they would be necessary to ensure the entire island of Ireland maintained “disease–free status”.

The UK has conceded that, while there won’t be physical customs infrastructure, there will be “some limited additional process on goods arriving in NI” and an expansion of existing entry points for agrifood goods to provide for proportionate additional controls.”

The UK says it sees it ‘sees no need to construct new bespoke customs infrastructure in NI.’

First Minister Arlene Foster responded saying ‘the publication of the paper sets out a number of important elements and we welcome the government’s four–point plan.’

The publication was initially welcomed locally by the likes of CBI, Manufacturing NI and Freight Association NI, with the latter referring to proposals as ‘a stepping stone’, however associations called for more detail and engagement with businesses and the NI Executive.The European Commission also responded positively stating: ‘the Commission welcomes the publication of the UK’s paper on the implementation of the Protocol which it will now study in detail. We will share our assessment with Parliament and Member States and look forward to detailed discussions with the UK.’June

The working group said more details were needed to help businesses prepare for the scheduled end of the transition period at the end of 2020.

Its report poses more than 60 questions that business wants answered as soon as possible on areas including VAT, labour, customs and business engagement.

On the 5th of June the EU’s chief negotiator Michel Barnier said supermarkets in Northern Ireland will be able to avail of simplified customs procedures for goods coming in from Britain under the Irish Protocol.

However, Mr Barnier said flexibility was possible: “there are many options we can use in the [EU] customs code. Simplified declarations can be used for large operators, supermarkets being one of them. They can absolutely use that kind of facilitation in a pragmatic way.”

He said goods which were clearly not going to cross the border into the Republic of Ireland would be exempt from tariffs.

Mr Barnier said he was pragmatic, however, he warned: “the alternative is, if we fail, we will have a hard border on the island of Ireland. We don’t want that because together we want to keep peace. I think everyone agrees it is in no–one’s interest, on either side of the border.”

It follows wide–ranging concerns expressed by Northern Ireland traders and business groups over the impact the protocol will have on companies which depend on inputs from Britain.

The Northern Ireland Business Brexit Working Group (NIBBWG), has highlighted the onerous impact of customs and regulatory formalities and costs for large consignments of mixed goods crossing the sea to Northern Irish supermarkets.

Despite a call from some business groups in Northern Ireland for a six month “adjustment” period for companies to prepare, Mr Barnier said the protocol had to come into effect on 1 January, unless the UK agreed an extension to the transition period.

On the 10th of June Mr Barnier told Britain he will not allow “cherry picking” in the talks between the two sides on a future trade deal. He said the UK is seeking a future relationship with Brussels that is very close to that of an EU member – and this was unacceptable to the bloc.

“Britain is demanding a lot more from the EU than Canada, Japan or other partners,” he said.

“We cannot and we will not allow this cherry picking.”

On the 11th of June NI’s key road haulage business association, the Freight Transport Association reported that they had participated in a HMRC meeting on Customs & NI Protocol. They reported:

– Risk analysis on all trade while shipping – minimal checks on arrivals

On the 12th of June it was reported that the UK government has abandoned its plan to introduce full border checks with the EU on January 1st, with ministers coming under pressure from businesses not to compound the chaos caused by Coronavirus. Whilst not focused on the NI protocol, specifically dealing with goods which come from the EU into the UK, this change of tack will be welcomed by logistics, trade groups and ROI, to some degree alleviating fears on goods coming from continental markets through the UK to ROI in the event of no trade deal being agreed.

Recently, DUP Stormont agriculture minister Edwin Poots said Northern Ireland could benefit from having access to the EU single market and the UK, making it an attractive place to invest.

The DUP’s opposition to an earlier plan to avoid a hard Irish border, the backstop, played a major part in the fall of Theresa May’s proposed Brexit deal and the former prime minister’s ousting from office.

The DUP’s rhetoric has shifted considerably on this issue since January, saying ‘we need to maximise the advantages.’

Following the NI Assembly last week voting in favour of proposing a 12 month extension to Brexit negotiations, we can expect to see continued efforts by NI politicians and business to avoid a cliff edge in December. There is huge concern about the time period for implementation of these protocols in the midst of an exceptionally challenging pandemic crisis.

The EU are yet to formally respond in detail to the UK’s proposals as published in May. Time is now running out, however the UK government are determined to leave as planned by January 2021.