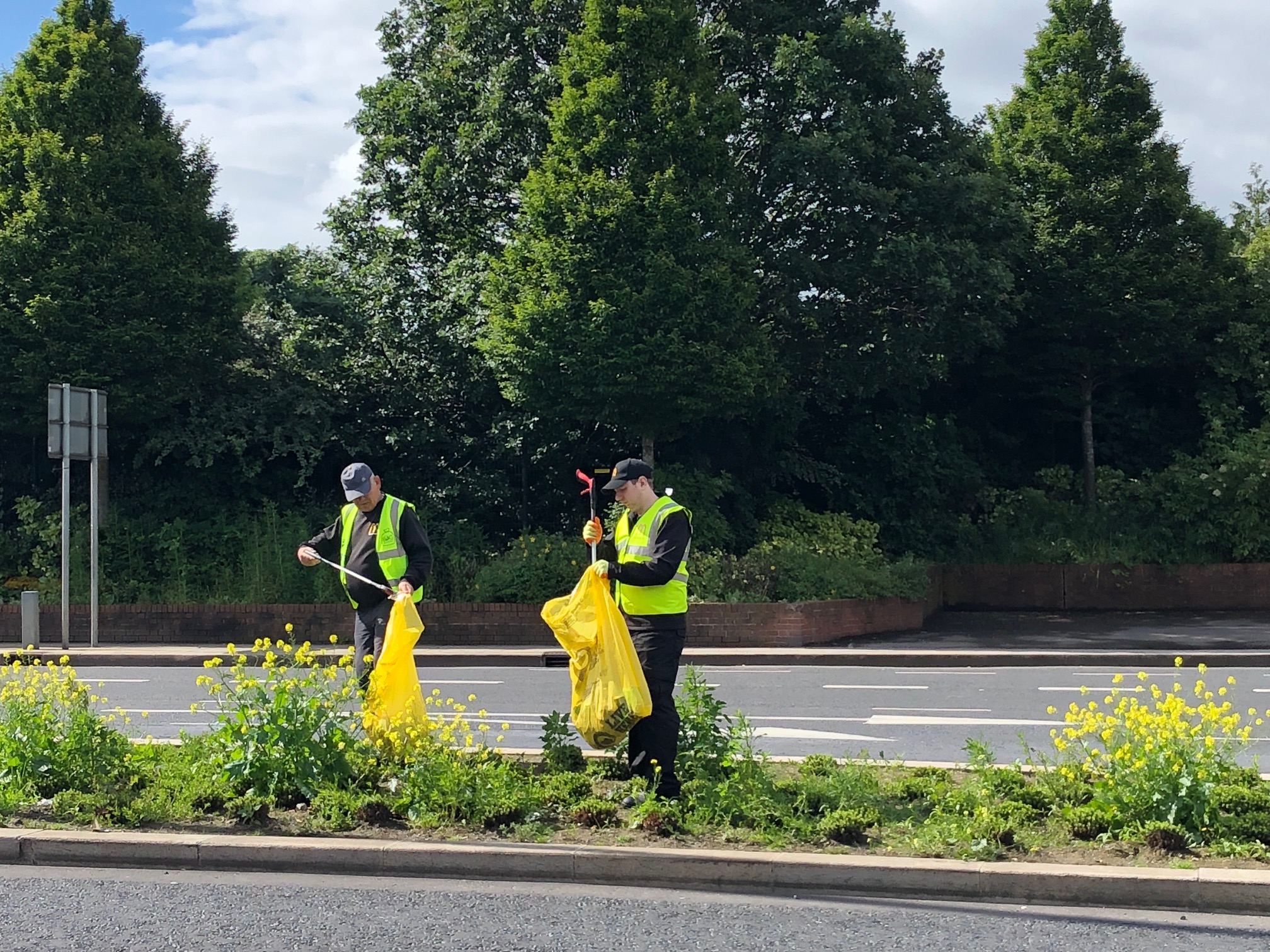 As lockdown measures lift, images across the country have shown a sharp increase in the prevalence of litter. After a significant rise in sightings of McDonald’s packaging irresponsibly discarded in parks and towns across Northern Ireland, the company has joined councils, litter groups and other businesses in urging people to take responsibility for their own rubbish in a new campaign. Alarming new research showed as many as one-in-five people from Northern Ireland (21%) have littered in lockdown, and over the last three months, with almost half (47%) of 18-25 year old’s admitting to dumping rubbish in streets, in parks and rural areas at some point.

Young adults (18-34 year olds) were some of the worst offenders having confessed to throwing waste out of car windows (9%), leaving packaging after a BBQ or picnic (10%), and finding excuses such as not being able to time to find a bin (12%). In fact, one-in-five (19%) litterers refuse to carry their rubbish around with them. Almost all over 55’s (99%) say they dislike those who litter, even though some 17% admit to doing so.

Aimed at confronting personal responsibility, the campaign features the slogan ‘Get in the Bin’ usually used for someone who is talking rubbish. But with 29% of Northern Irish calling out strangers for littering, McDonald’s UK is asking everyone to make a stand and Get in the Bin.

Beth Hart, Vice President Supply Chain and Brant Trust, McDonald’s UK and Ireland said: “For over 35 years our restaurant teams have patrolled the towns and cities in which we operate collecting left behind litter. Our employees walk over 5,000 miles every week picking up all waste – our packaging and that of other retailers – by the sides of roads, in parks and on paths. It is deeply disappointing that so many people act so irresponsibly. Over the last few months we have seen how important collective responsibility is and we want the Great British public to help us tackle this dreadful and growing problem. Most of our packaging is recyclable, and whilst our dining areas remain closed, we want to see all customers taking their litter home and recycling or disposing of it responsibly.”

Across the UK and Ireland, McDonald’s staff collect 27 tonnes of litter every year, on litter patrols that take place around every restaurant three times a day, covering a total of 5,000 miles each week (where they collect litter from any origin, not just their own). McDonald’s volunteers also take part in larger-scale litter events including over 240 in 2019 for the Great British Spring Clean.

The campaign will use social media, media partnerships and support from Governing bodies and litter groups to call out irresponsible litterers. A series of social adverts showcasing what life would be like if litter took over the world of the young adult featuring ‘perfect’ social media scenarios, computer games, football pitches and dating apps strewn with litter to highlight the refusal to deal with refuse.

Environment Minister Edwin Poots MLA said: “Littering is unacceptable, unsightly and harmful to the environment. Only last week I saw first-hand the scale of the problem as I collected litter from the River Bann. I welcome any initiatives which seek to tackle this.”