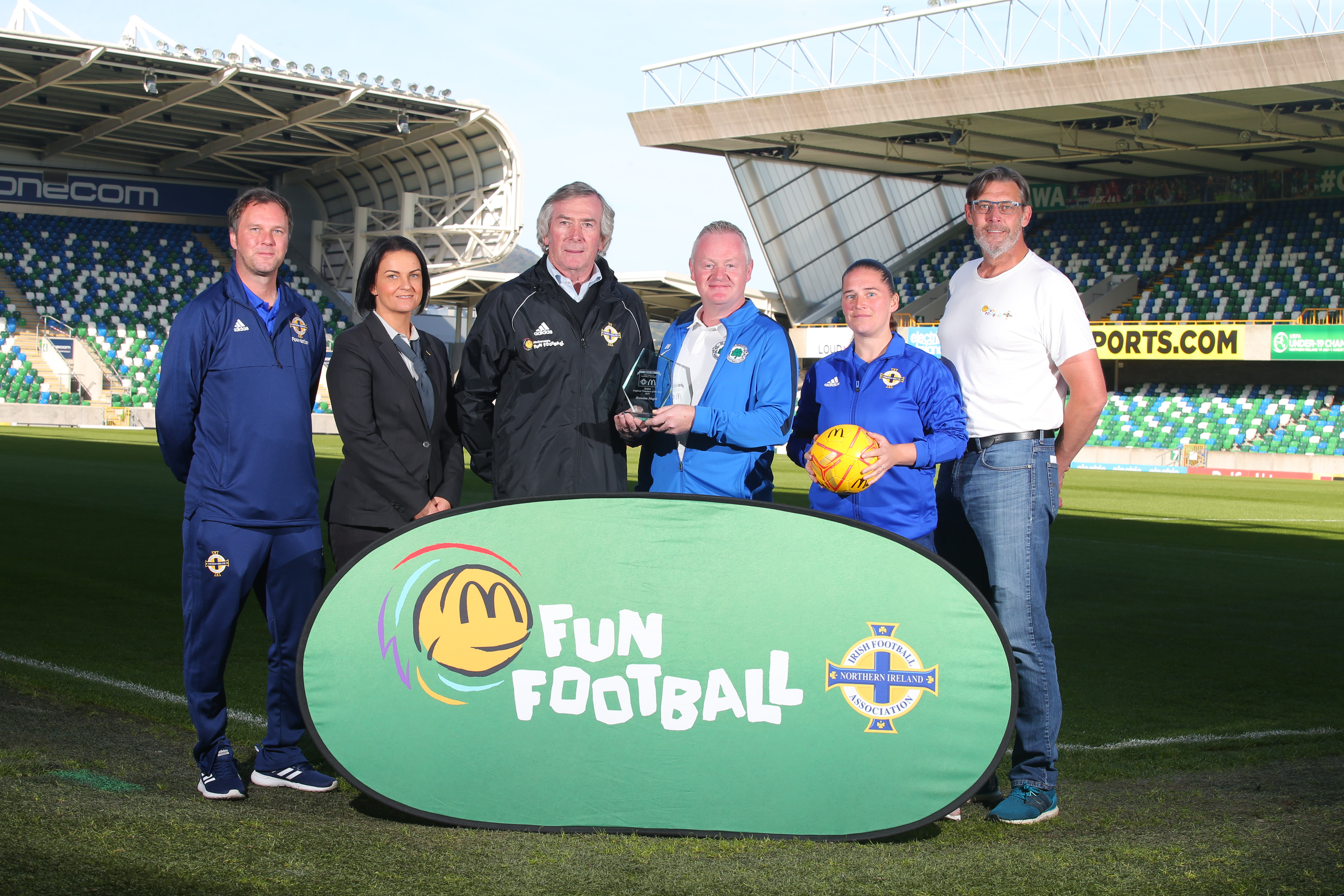 For the 19th year running, the McDonald’s Irish FA Grassroots Football Awards will champion the local heroes who, through their clubs have made a hugely positive civic impact both on the pitch and during COVID-19, helping the game to return safely within communities.

Anyone who wants to submit a nomination for the awards can do so by visiting https://www.irishfa.com/irish-fa-foundation/grassroots-and-youth-football/mcdonalds-programmes/mcdonalds-ifa-grassroots-football-awards-2020

Pat spoke about the awards and is encouraging people to submit their nominations this week:

“The proactive and valuable community work from local grassroots football clubs over the past months has been a huge credit to all involved in the local game. That is why, in a year like no other, nominating the unsung heroes of grassroots football is more important than ever before.

I would encourage people to get on to the Irish FA website before Friday and nominate the volunteers who are at the heart of clubs and communities across Northern Ireland.”

“The awards offer a unique opportunity to honour the volunteers of the grassroots game who are the heartbeat of clubs and communities. Their work in delivering participation and inclusivity for children is hugely important, and it’s great to see the McDonald’s Irish FA Grassroots Football Awards continually champion these heroes.”

Nominations cast will create regional winners across award categories, with national winners set to be announced in November. The awards have seen clubs and volunteers from right across Northern Ireland gain special recognition in recent years, and this recognition is only possible through the nominations received from the football loving public.

2019 saw a record number of nominations across all categories, underlining the growth of the awards and passion for grassroots football in Northern Ireland.

The McDonald’s Irish FA Grassroots Football Awards are a core pillar of the McDonald’s four-year partnership with UK Football Associations which runs until 2022. The overall programme will deliver five million hours of fun, inclusivity, introductory coaching sessions and family events to local communities, reaching 500,000 children across the UK.

At a local level, the Fun Football programme will see 250,000 hours of coaching, games and fun delivered to more than 75,000 children from across Northern Ireland by 2022, introducing thousands of children aged 5-11 to the game for the first time.