Glasgow has received a major boost with the announcement that the final phase of a significant £110m masterplan project has been granted planning permission, revitalising an important area of the City centre and supporting its economic recovery.

The 110,000 sq. ft Broadway Central office development which has been approved by Glasgow City Council is an integral part of a major investment by leading property developer MRP, which has already seen construction commence on a 300 bed 4–star Maldron hotel. 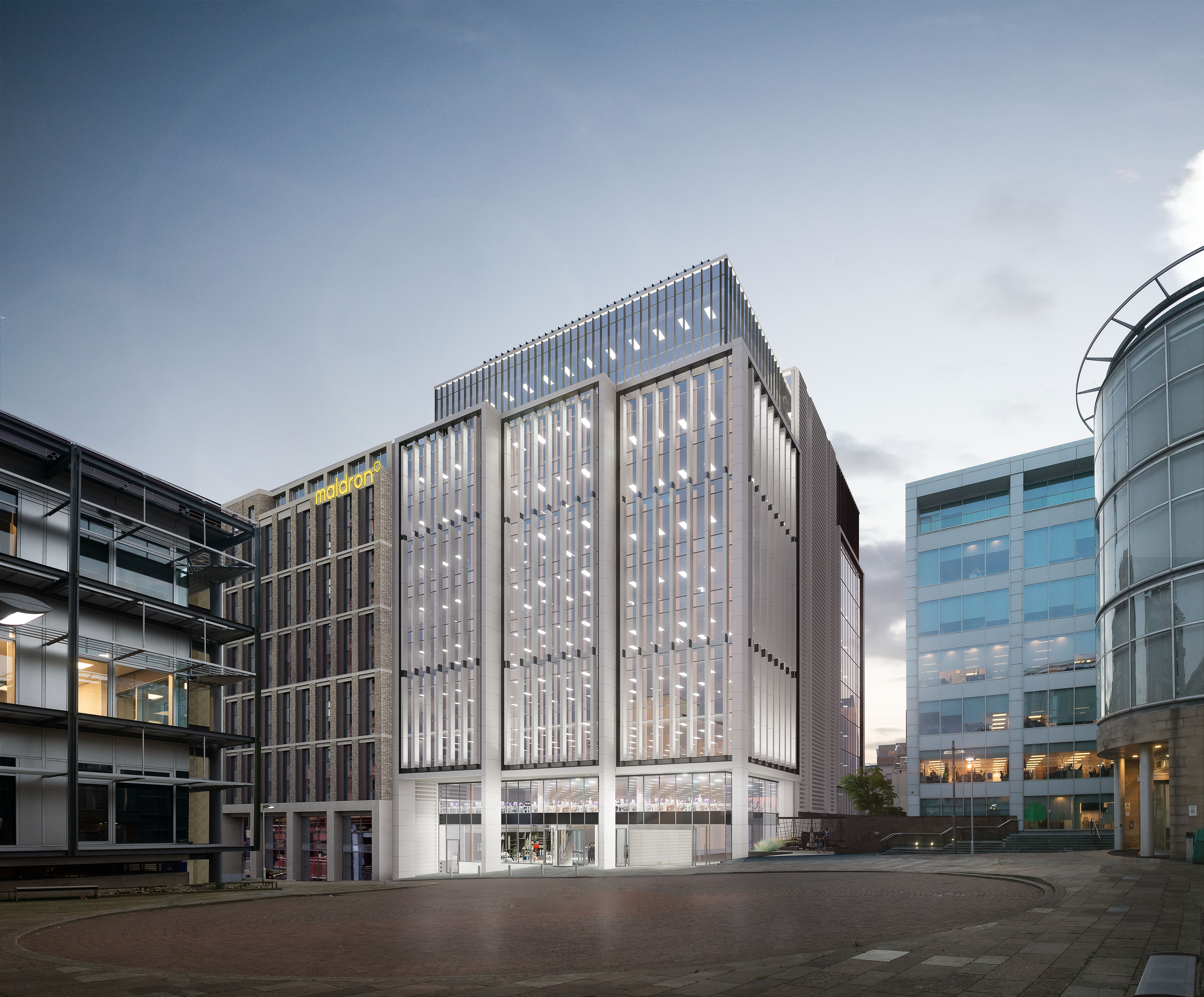 Designed by Glasgow–based architects Cooper Cromar and located between Tesco Banks HQ and the new Maldron Hotel, Broadway Central will comprise of 10 floors with panoramic views across the City centre.  Also included is a rooftop terrace and a new landscaped public realm area and garden for use by both occupiers and the general public.

The grade A office building, which is strategically located close to Queen Street Railway station and Buchanan Bus station, is the first speculative office to be granted permission under the innovative energy efficient Glasgow City Planning Policy CDP 5.

Commenting of the announcement, Angus Monteith, Development Director at MRP, said: “It is great news for Glasgow that the Council has supported our plans and we look forward to progressing this ‘best in class’ development. This investment is just another step in our commitment to the city which will support its economic recovery. The office building completes the development and will sit alongside our 4–star Maldron Hotel which is currently under construction and due for completion summer 2021.  At a combined £110m the two sites represent a significant and important investment in Glasgow.”

Andy Cunningham, Senior Director at CBRE, said “Whilst clearly the COVID–19 pandemic has delayed a number of developments across the city, we are very optimistic that businesses, will thrive again and continue to look for top–class space in one of the UK’s most vibrant cities. With Glasgow’s development pipeline tightly constrained, the need for Grade A office space, particularly those offering the highest low carbon credentials, will be paramount in the drive to bring new investment and occupiers to Glasgow.”

Broadway Central will provide an outstanding new workspace for productivity, creativity and wellbeing.  MRP have assembled a highly experienced team of consultants including, Teri Porter planning consultancy, with letting and development advice by CBRE and Ryden.