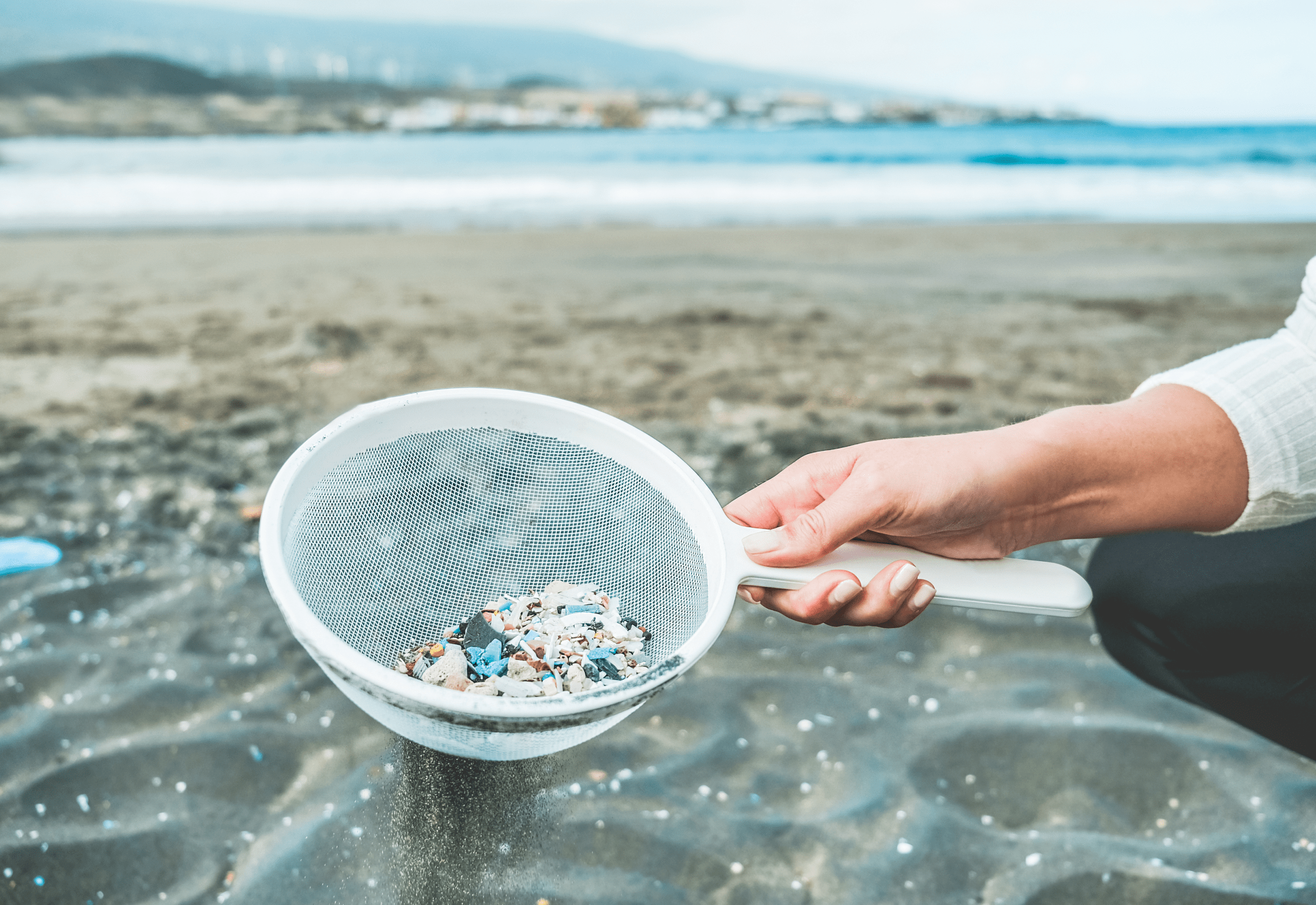 Research is currently underway to determine the effects microplastic pollution has on marine life in the Irish Sea.

Following a study last year that found at least one piece of microplastic pollution present in every gram of deep–sea sediment in Antarctica and the Southern Ocean, the new research is being carried out at Queen’s University Belfast and Liverpool John Moores University with support from the Agri–Food and Biosciences Institute (AFBI) to sample sediments from the Irish seabed and is being funded by DAERA.

It is expected that due to closer proximity to human populations, the results from the Irish Sea will show similar if not more presence of microplastic pollution. Alongside this, laboratory studies are also underway to determine what impact the pollution will have on the survival instincts of marine life such as shore crabs, hermit crabs and fish.

Microplastic pollution occurs when plastic degrades into tiny particles that often make their way into oceans and water systems.

The research is expected to be published before the end of the year and comes at a pivotal point as COP26 is due to be hosted in Glasgow in November to accelerate action against climate change.

Plastic pollution has been under the spotlight for many years and research predicts that the amount of plastic flowing into oceans every year is expected to nearly triple by 2040 (source) if action is not taken. Covid–19 has also worsened the situation with the production of billions of face masks and gloves, along with the increased demand for takeout’s which typically use single use plastic.

“The NI economy relies heavily on the fishing industry, and it is vital that more is done at a policy and organisational level to reduce the amount of plastic in our everyday products.

“The management and protection of the environment is vital and underpins the prosperity and growth of the economy and societal well–being. This research is an important first step in quantifying the impact of microplastic pollution to marine life. The next step will be determining how to reduce this impact.”

“Plastic pollution is now ranked among the main threats to marine biodiversity alongside global warming. Plastic is such a useful and important material in day–to–day life due to its versatility, yet this is exactly why it is so damaging when discarded into the oceans. We need policy here in Northern Ireland that will reduce the amount of single–use plastic given to consumers, increase recycling efforts, and push us towards more environmentally friendly plastic alternatives.”