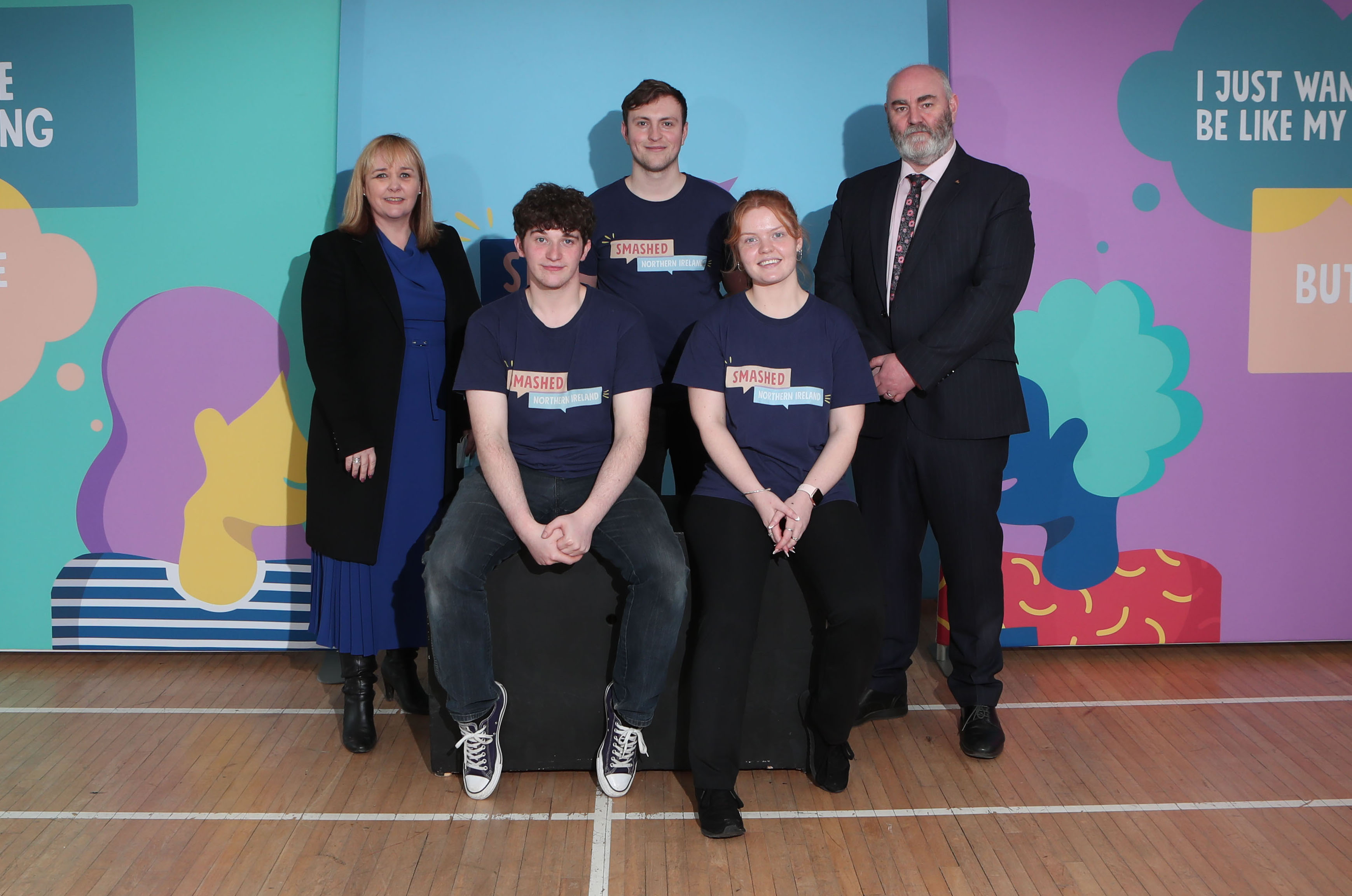 Education Minister Michelle McIlveen has joined the Smashed Tour, a global programme that is dedicated to supporting young people in resisting the peer pressure of underage drinking, as it returns to in–person events at schools throughout Northern Ireland. The programme will be delivered to 10,000 students this year and the Minister joined year 10 pupils at Glastry College, Ballyhalbert, to see for herself how the interactive programme can help young people make the right choices around alcohol.

During the pandemic, the programme pivoted to virtual sessions to ensure it could be to be delivered to schools in a safe, secure and engaging way. The 2022 in–person programme will run from March 14th to April 8th with the initiative set to reach and empower a total of 60,000 young people in Northern Ireland since it was first launched in 2016.

Led by Collingwood Learning and sponsored by Diageo Northern Ireland, Smashed is a theatre–based programme that relates to and challenges young people about the dangers of underage drinking in a creative, engaging, and impactful way. The performances equip young people with the information, awareness, and confidence to make responsible choices.

Education Minister, Michelle McIlveen said: “I fully support the ‘Smashed’ programme which has been delivered to 60,000 young people in Northern Ireland since it was first launched in 2016.

“I have no doubt that young people who see the thought provoking performance will think hard about the dangers associated with alcohol misuse and will gain a high level of awareness and confidence to make responsible choices around alcohol.

“The Executive places huge importance on tackling the issue of alcohol misuse and programmes such as ‘Smashed’ have a very positive impact not only on our young people’s lives but also on our local communities and wider society throughout Northern Ireland.”

“Reaching and influencing 60,000 young people in Northern Ireland to make positive and responsible choices on alcohol, since the programme first began five years ago, is a very significant and important milestone for everyone involved in the project. The feedback from schools and pupils to the programme has been overwhelmingly positive and we are confident that it is supporting young people in making responsible choices in communities throughout Northern Ireland.

“While it was important to ensure that we delivered the programme virtually during COVID, we are pleased that it can once again be delivered in–person, and we are grateful to the Education Minister for her participation in today’s session and her support for the wider programme.”

Within the performance, students will experience a live theatre production presented by professional actors accompanied by interactive workshops, evaluation, and teaching resources for schools, which have been endorsed by The Council for the Curriculum, Examinations, and Assessment in Northern Ireland.