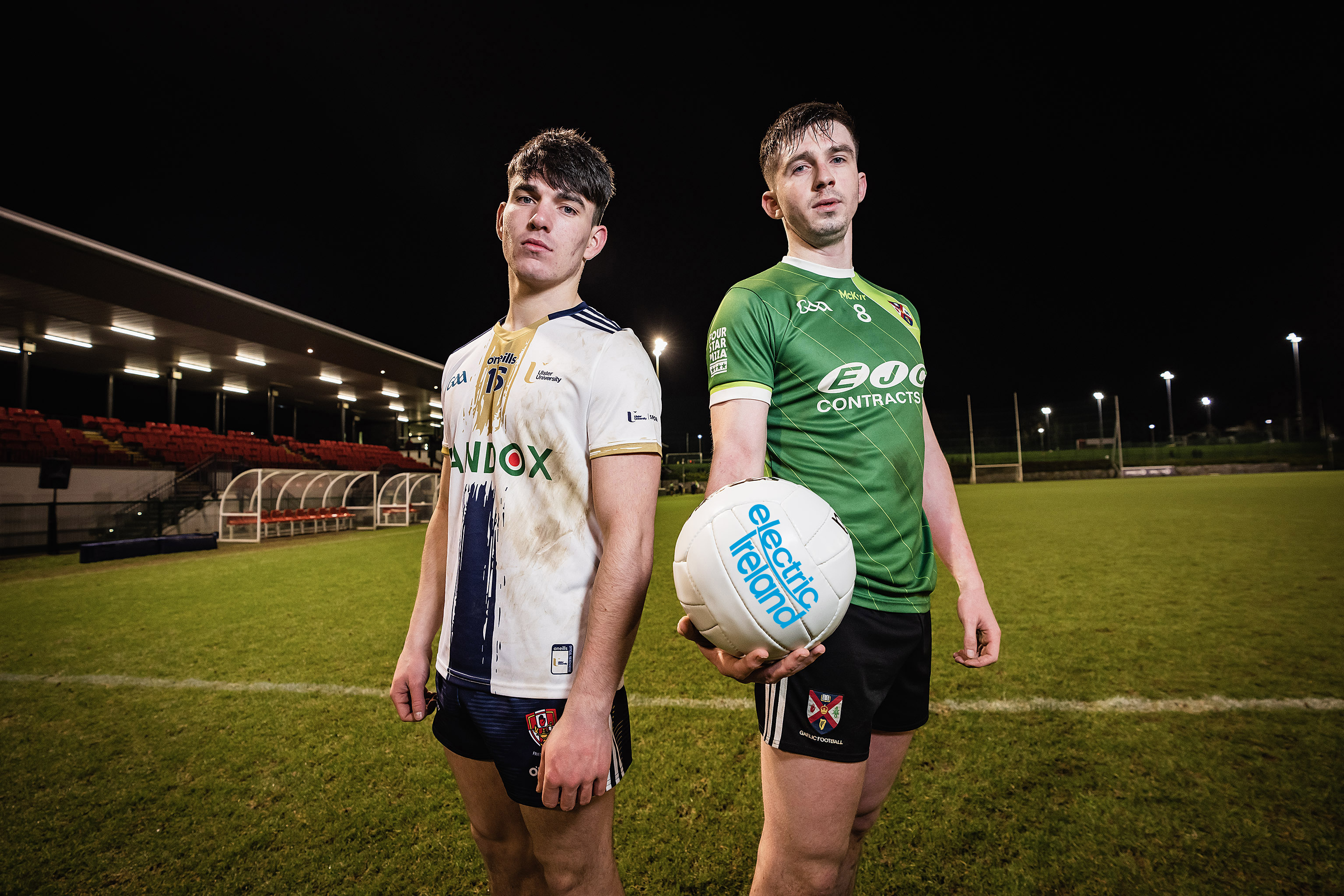 A blistering Belfast derby between Queen’s University Belfast and Ulster University ended with Queen’s narrowly defeating a well–drilled Ulster side 1–12 to 1–11, with UU Vice Captain Conor Cush and Tiarnan Bogue QUB Captain (pictured) both in action at The Dub.

Meanwhile, St. Mary’s University College also began their 2023 campaign with a flourish to defeat SETU Carlow 0–14 to 0–8. St. Mary’s is still the most recent winner of the three, having picked up the trophy for a second time in 2017, while Queen’s will be hoping to lift their Sigerson tally to nine when they meet in–form DCU at home on Tuesday 17th January.

Also on the calendar for 17th January is the next round in the Electric Ireland Camogie Third Level Championships when UUJ are at home to QUB in Group A of the Meaghair Cup. The other fixture in the group will see St. Mary’s host DCU DE (3) on the same evening.

The Championships are part of Electric Ireland’s new three–year title sponsorship with the Camogie Association which will see Electric Ireland support the game across grassroots, Higher Education and Intercounty levels.

Electric Ireland’s #FirstClassRivals campaign celebrates unexpected alliances formed by County rivals coming together in pursuit of a common goal to win some of the most coveted titles across Camogie and the GAA.