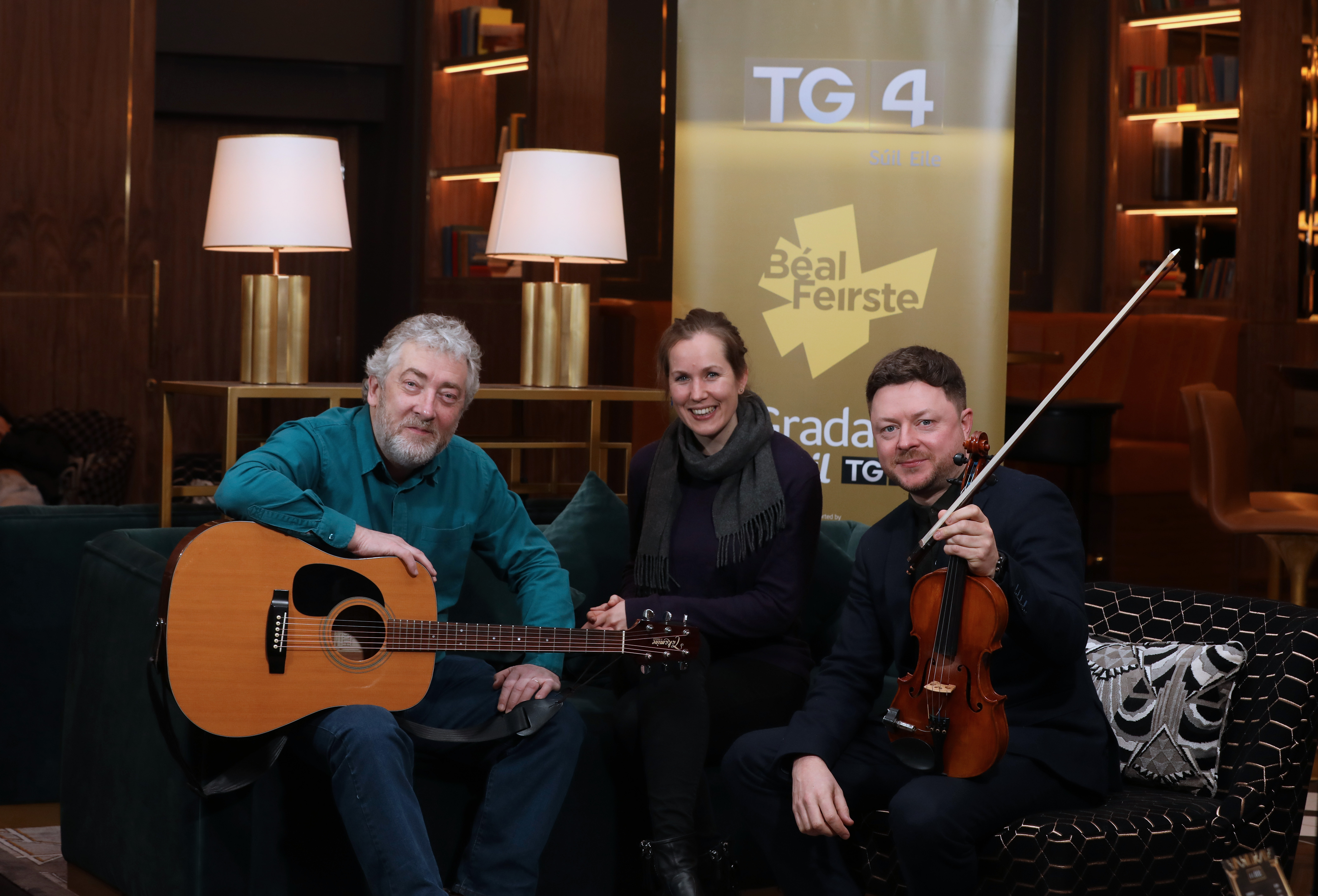 The Waterfront Hall is set to host the 2020 Gradam Ceoil TG4 music awards, with a host of global trad stars set to feature live at the internationally acclaimed event.

Gradam Ceoil is the premier annual traditional music awards scheme, with this year’s event to be televised live on TG4 from Belfast on Sunday 23rd February thanks to support from Northern Ireland Screen’s Irish Language Broadcast Fund.

‘Gradam Ceoil TG4 is 23 years in existence, and recognises the best of traditional Irish music, an initiative that TG4 is immensely proud of.  I would like to congratulate all of this year’s winners.  They are the embodiment of traditional music and song, and we are delighted to award them the highest honour in Irish music.  Gradam Ceoil represents a successful collaboration with Belfast City Council, ILBF, Red Shoe Productions and TG4’.

Harper Laoise Kelly from Westport, Co. Mayo is this year’s TG4’s ‘Musician of the Year’and is one of the youngest recipients of the main award to date.

Fiddle and Cello player, Sharon Howley, from Kilfenora, Co. Clare has been selected as the 2019Young Musician of the Year, having been immersed in traditional music from a young age with a rich musical lineage.

Lillis Ó Laoire, two–time winner of the premier sean–nós singing competition Corn Uí Riada in 1991 and again in 1994 is to be awarded the title of Singer of the Year.

The other award recipients are Lifetime Achievement Award to Séamus Connolly, Outstanding Contribution Award to Nenagh’s Ned Kelly and Composer of the Year to Josephine Marsh.     Northern Ireland Screen’s Head of the Irish Language Broadcast Fund, Áine Walsh talked about the scheme’s strong links with Belfast:

“As well as giving recognition to the Gradam winners this is also a fantastic platform for the talent and broad musical heritage of the North.  It is also wonderful that this celebration will be seen by a worldwide audience”.

The 2019 Gradam Ceoil showcase will bring a number of special fringe events to Belfast on the weekend of the awards, adding to what should be a festival musical atmosphere across the city. Beyond the talents of the various award winners, the night will see special accompanying performances from both The Kilfenora Ceili Band and Orchestra for Life.

Lord Mayor of Belfast, Councillor John Finucane spoke about the impact of the awards:

“Gradam Ceoil is a fantastic celebration of traditional music and is revered by music fans right across Ireland and beyond. We’re delighted to once again play host to the awards ceremony which promises to be an amazing spectacle of live performances, showcasing world class talent right here in Belfast. I want to wish all those nominated the best of luck and look forward to welcoming everyone to our city for this great event.”

Pictured at the launch of the 2020 Gradam Ceoil awards at Waterfront Hall in Belfast is; Dónal O’Connor, Co–Presenter of the awards and renowned fiddle player with acts such as Ulaid and ‘At First Light’, Úna Monaghan awards judge and celebrated international harper, and Neil Martin, multi–instrumentalist and composer, also an awards judge.

Gradam Ceoil TG4 is the premier annual traditional music awards scheme and academy.  An independent panel of adjudicators selects recipients each year.  It is not a competition.  The Gradam Ceoil recipients are presented with a specially–commissioned piece by leading sculptor John Coll as well as a small stipend.

This year’s awards will be presented at the Gradam Ceoil TG4 Concert in the Waterfront Hall, Belfast on Sunday 23rd February and televised live on TG4 at 9:30pm, hosted by Doireann Ní Ghlacáin & Dónal O’Connor, the 2020 Gradam recipients will be joined in performance on stage by their own special musical guests in a unique, star–studded line–up of musicians and award–presenters.

Gradam Ceoil TG4 is the premier annual traditional music awards scheme and academy.  An independent panel of adjudicators select recipients each year.  It is not a competition.  The Gradam Ceoil recipients are presented with a specially–commissioned piece by leading sculptor John Coll as well as a small stipend.