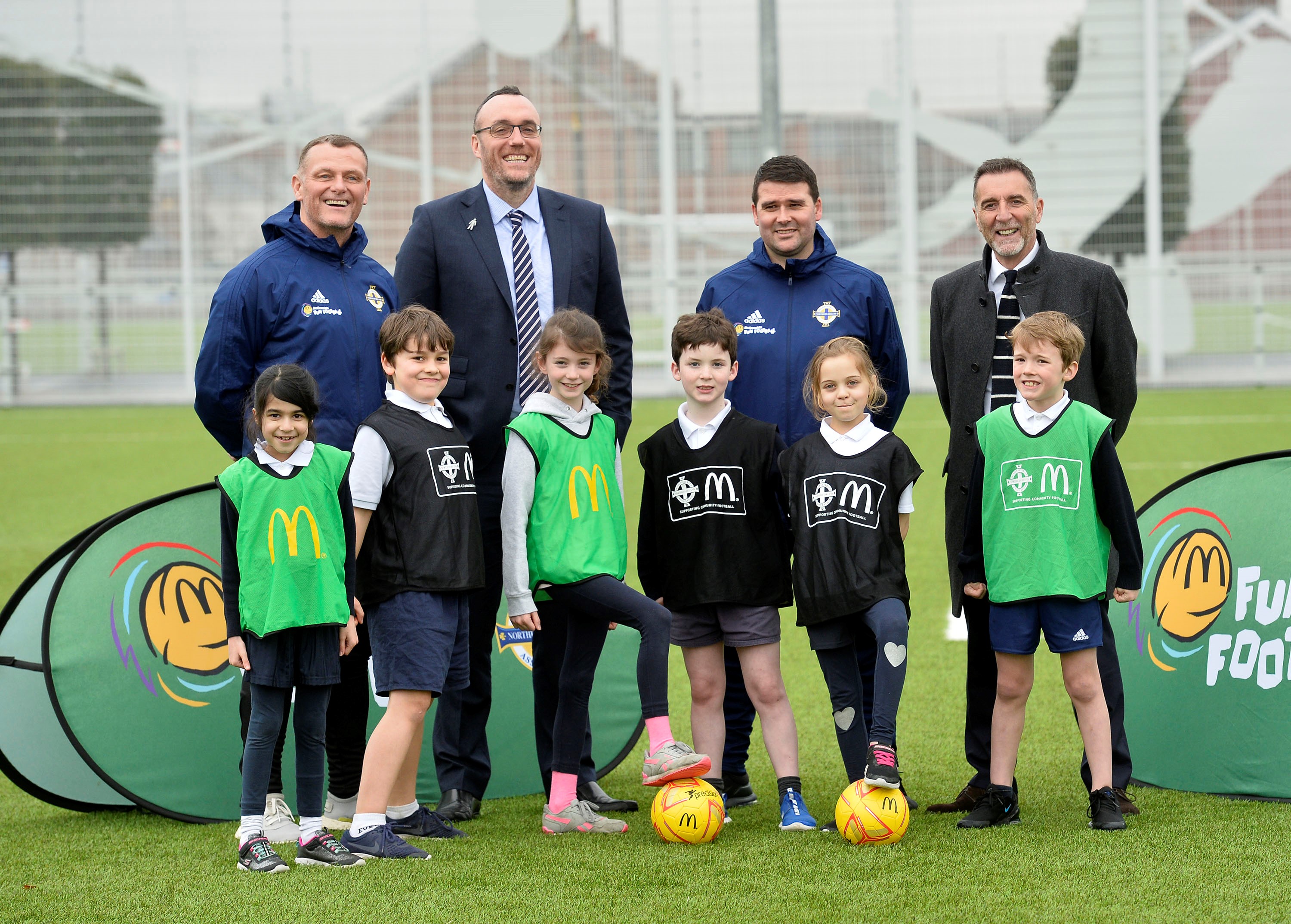 David and Jim put P4 schoolchildren from at St. Bride’s Primary School through their paces alongside a number of previous Grassroots Award winners and volunteers, providing exclusive insights into the McDonald’s Fun Football Programme.

Leading the call for nominations in Northern Ireland and urging communities to honour their local footballing heroes, David Healy, said: “Participation in football continues to grow across Northern Ireland and as we look ahead to an exciting summer with the ambition to be at UEFA Euro 2020, it’s important to remember how vital the grassroots game is in providing young children with the opportunity to play regularly.

“The McDonald’s Irish FA Grassroots Football Awards are a very important part of the two organisations’ community partnership which, year on year, recognises the vital work and contributions from the people in clubs across Northern Ireland who are the heartbeat of the local game. “Anyone involved in local grassroots football is eligible to be nominated, from volunteers, to coaches, to club secretaries, so get online to nominate a local hero and give them the opportunity to be recognised at the ceremony later this year!”

2019 saw a record number of nominations across all categories, underlining the growth of the awards and passion for grassroots football in Northern Ireland.

The Grassroots Football Awards are a core pillar of the McDonald’s four–year partnership with UK Football Associations which runs until 2022. The overall programme will deliver five million hours of fun, inclusivity, introductory coaching sessions and family events to local communities, reaching 500,000 children across the UK. At a local level, the Fun Football programme will see 250,000 hours of coaching, games and fun delivered to more than 75,000 children from across Northern Ireland by 2022, introducing thousands of children aged 5–11 to the game for the first time.