Tommy Tiernan is back onstage with his brand new stand up show ‘tomfoolery’……..a high energy mix of outrageous idea’s and whimsical flights of fancy.

As part of his ongoing Irish Tour, Tommy will bring ‘tomfoolery’ to Belfast’s Waterfront Hall on Thursday 17th November, 2022.

His legendary record–breaking ticket sales extend across the world. The Star of Channel 4’s hit show Derry Girls and Live at the Apollo (BBC) and the host of his own highly critically praised improvised chat show on RTE 1.

Tommy has been a stand–up comic now for more than 25 years, appeared on countless television shows including The Late Show with David Letterman 3 times and has had his own one hour special broadcast on Comedy Central USA. Not only has he performed in far flung places like Moscow and Moosejaw but he’s also toured every nook and cranny of the 32 counties of Ireland north and south from Tory Island to the Wexford Opera House. He’s been accused of blasphemy in the Irish senate, voted Ireland funniest living person and hailed by Billy Connolly as one of his 3 favourite comedians in the world.

Bringing all his experience and mischief to the stage, Tommy Tiernan is coming soon to a venue near you……

“I thought my head might fall off from laughing. This is real comedy” *****The Times

Tickets on sale from www.ticketmaster.ie and from local venues. 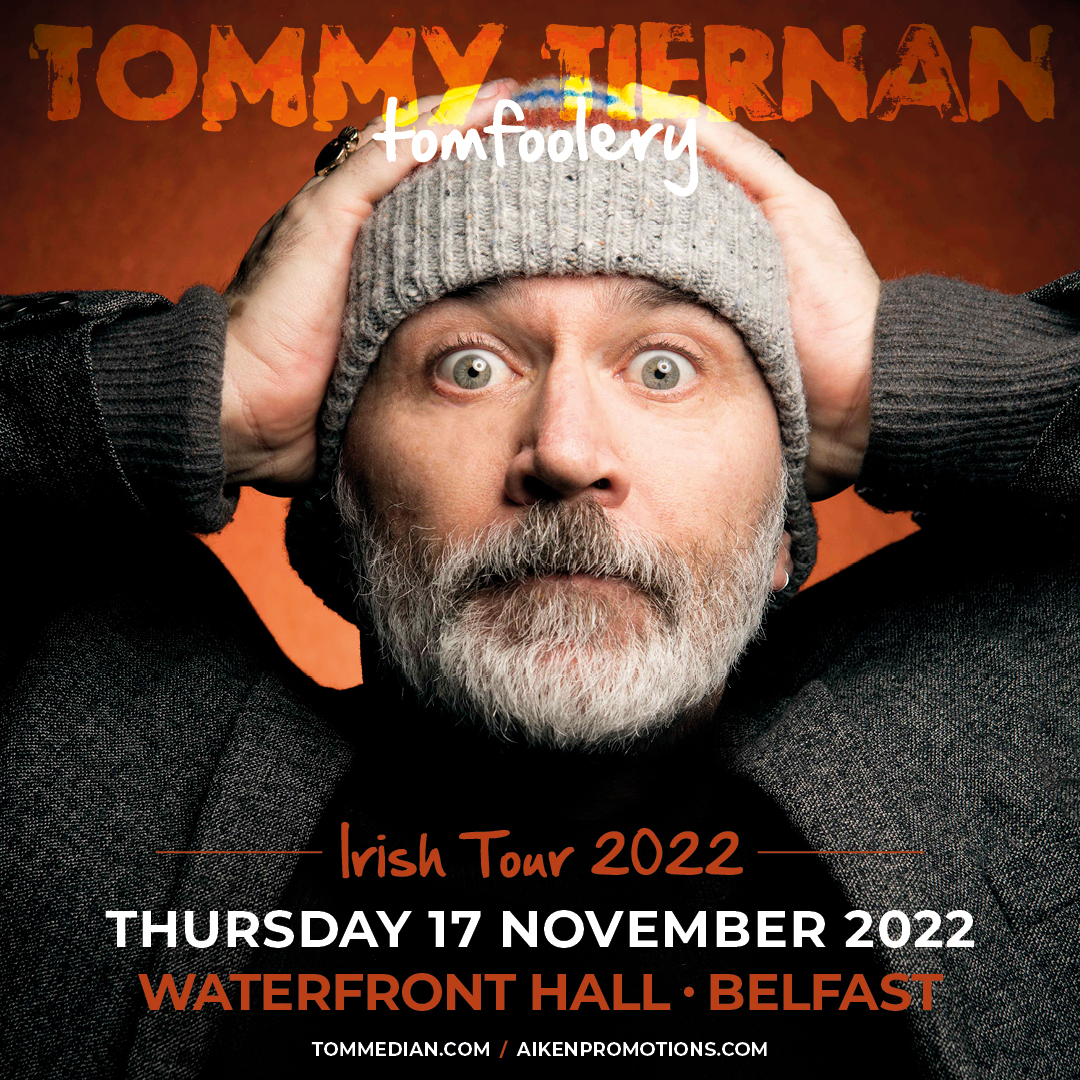